Thank you so much for checking in! I don't normally gab about myself, but well, I guess this is where it happens. But I would love to hear about you, so please don't hesitate to reach out! The rest of this site will give you a brief overview of some of my better moments of the year in question.

AUGUST 2020
I'm so sorry to anyone and everyone who has been afflicted by the Coronavirus. I'm very grateful for those who have pulled through, and very sad for those who have watched loved ones pass away. I know so many people are fearing for their lives. Everything has been put on hold. And for some people, the things that can't be put on hold are slipping through their hands. I don't want to offer platitudes. I just wanted to voice what is happening and tell you that I can't wait until it's over. And when it is over, I look forward to seeing people recover. Beauty will come from ashes, in time. Much love, Carmen.

AUGUST 17, 2020
'Abrasive' and 'Super God' have been getting radio airplay. I'm so grateful. Today I want to give a special shout out to Master Class Radio for playing both songs!

AUGUST 2019: FIRST AND FOREMOST, Brokenhearted Hollywood is still in it's 4th year of broadcasting on LA 36. 2 episodes from Season 3 have aired, and 6 more are up on deck. I am so grateful to be able to continue to encourage you all to pursue your dreams with joy, and not get crushed by them. Please don't give up on what you know you should be doing.

BREAKING NEWS SEPT 8, 2019 : DEBUT OF MY SONG 'I SAW YOU DYING' on 1310 KOKX RADIO! The song was debuted by Brian Dougherty. Feeling pretty blessed this year.

BREAKING NEWS JULY 3, 2019 : Just got notification that Super God was a selected Nominee Winner for the prestigious 2019 American Songwriters Association!

Got up early this morning to tune into radio 1310 KOKX to hear the radio debut of Super God, broadcasting in the Keokuk area in Iowa! So exciting! Thank you RADIO KEOKUK http://www.radiokeokuk.com/ !!!

MAY, 2019 is fantastic for 'Super God' & 'Abrasive' so far!
I finally released my song 'Super God' in both audio and video format to film festivals and song contests in May. Several submissions will not inform me for a few months (screenings are not until the end of the year), but so far, Super God the video has 4 wins, and the song alone has two! I just received notice today (June 3, 2019) that Super God is a winner in the Hollywood Songwriting Contest! The video was already screened in Montreal, Canada at the ACDC International Film Festival for winner of the Best Short Animation.  The video is also scheduled to screen at the LA LIVE FILM FEST November 9, 2019 in Los Angeles, CA. Here is the promo poster for Super God the video (film festival laurels are at the bottom of the poster): 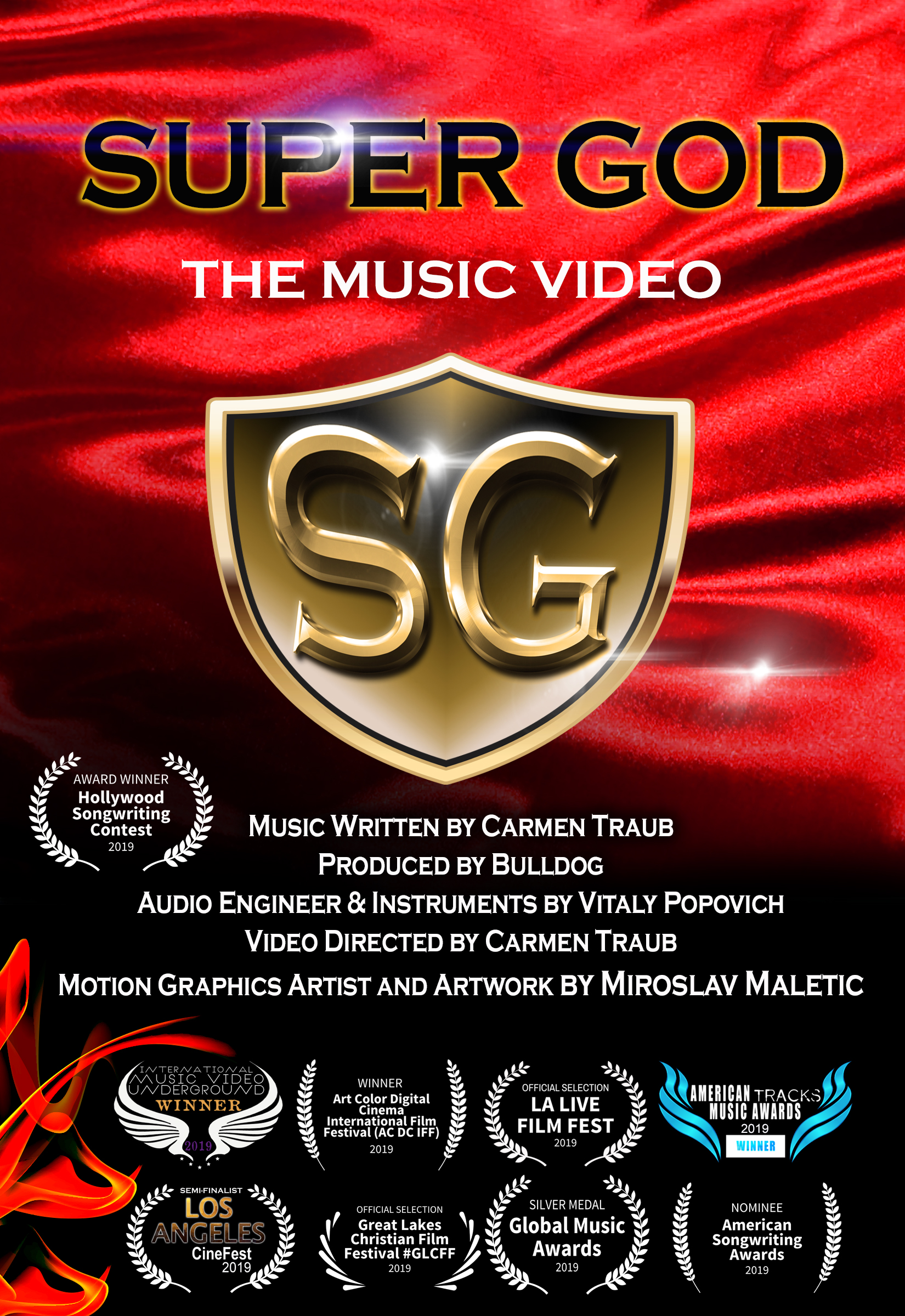 In June, I will release the 'Super God' single to U.S. radio and see if it is picked up. I will update you on that after the testing period.

Also in June, I will release my song 'Abrasive' in the U.S. as well. This one has been tested, so hopefully it will get picked up as well. I will keep you informed. 'Abrasive' the single was submitted to a few song and film festivals and has garnered 2 wins so far.  The video for 'Abrasive' was screened at 'Art  Color Digital Cinema IFF' as an official selection. Here is the poster: 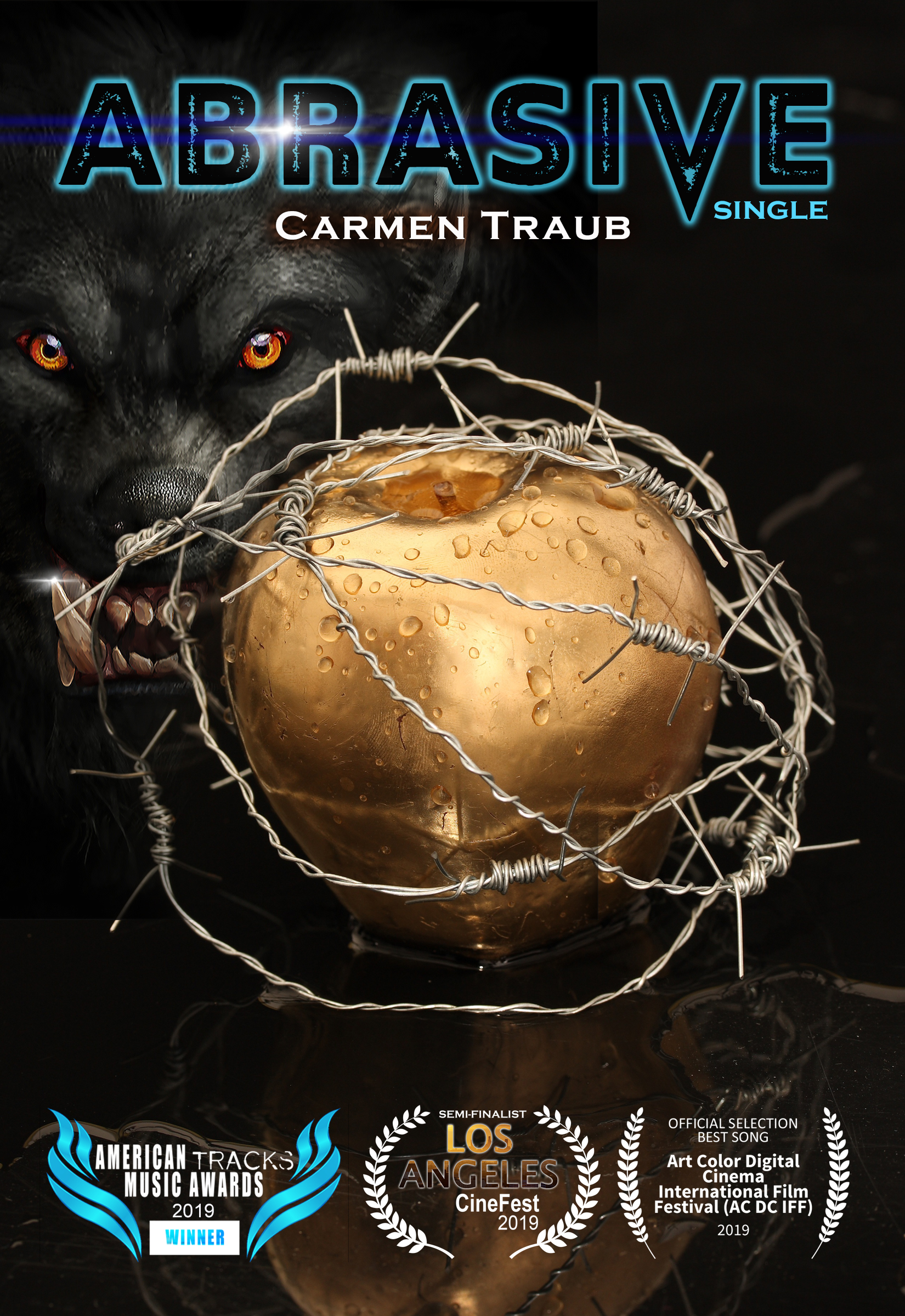 Brokenhearted Hollywood Season 3 started airing on Channel LA36 this 2019. 5 new episodes have been shot and are in editing and will be submitted as soon as they are ready.

Brokenhearted Hollywood received the green light for another year on Channel LA36 . We will start shooting Season 3 in July!  I'm so excited to talk more about how you can fulfill your hopes and dreams, without getting your heart crushed and mutilated in the process. Until then, they have been running re-runs every second Thursday.

I also want to encourage anyone reading this, to submit your photography to photo contests. I am a very amateur photographer, and this year I started submitting a few of my THOUSANDS AND THOUSANDS of photos to a couple of contests. If you are like me and need to take 120 photos compiling every angle of one bird, or 60 shots of a cloud, then it's highly possible you may have at least one winning shot! By the 100,000th photo that you have taken, you likely have developed a good eye for photography. So far, four of my photos have won placement awards from the Light Space Time art competition I encourage you to check their website often and see what contests they are running. You may surprise yourself when you are recognized for your work!  Light Space Time is also a fine art competition, as well as a photography and digital art competition.

2018 has been entitled YEAR OF THE BIRD by National Geographic Society! This also marks the 100 year anniversary of the very important Migratory Bird Treaty (which unfortunately is currently under fire). This Year of the Bird is very exciting for me, because I am a bird enthusiast (fanatic is a better word). You may know I spent the better of two years in Australia as a bird rescue volunteer for Australian Seabird Rescue. Australian pelicans were always on the radar for capture and release from fishing tackle; torn pouches needed to be mended, hooks painstakingly pried out of infected bird legs, and entangled wings carefully unwound from fishing line. It was a very emotional job. But that was in the years 2008-2010, and I have missed those birds so much! However, on a recent visit to British Columbia, Canada, I just happened to be near a lake where American White Pelicans make a short pit-stop to mate! Shortly afterwards, they fly to the a nesting ground only 2 1/2 hours from that lake. They spend time rearing their young, later migrating to winter in Central and South America, making other stops along the way. I had no idea they were on the Endangered Species List in British Columbia, and were on the Threatened list in Ontario Canada. These are the only two provinces in Canada that the pelicans  include on their migratory route. I had started a website called www.endangeredspecies2050.com, and was very excited to encounter this bird. I saw them in the month of May, which is the celebration month of Endangered Species Day. I wanted to do something special to celebrate, so I took THOUSANDS of photos (as usual), and wrote an article all about this amazing bird, and how regional extinction can greatly affect an area. This bird is not on the Endangered Species List globally, but in Canada, its loss could cause big problems. Here is the article  and photo that made it into the local British Columbia paper, the Quesnel Observer. You can also visit www.endangeredspecies.com to read other details about this majestic bird.

I am so excited about 2017! (A summary of 2016 follows.) We have been enjoying watching episodes of SEASON 2 of Brokenhearted Hollywood on Los Angeles Television Channel LA 36.  I feel so honored to help encourage people to pursue their dreams; without letting their dreams break their heart.

This year I was asked to sit on the board of one of my favorite local non-profit wildlife groups called Mountain and Sea Adventures! This amazing organization runs kids camps and family camps which impart a deep personal appreciation for marine biology and environmental science. Families learn the importance of caring for our vulnerable environment. Schools book camps all year long as a source of education and hands-on experience. The camps are held at Emerald Bay on Santa Catalina Island (as well as ship tours), and Camp Oakes at Big Bear in the San Bernardino National Forest. Check out the website and be amazed at what they are accomplishing! If you know anyone or any group that would benefit from these camps, please pass on the information. If you end up visiting the camps, please tell them that Carmen & Brokenhearted Hollywood sent you! Their website is www.mountainandsea.org .

What's next? Editing and shooting Brokenhearted Hollywood episodes is consuming my time right now as well as working with my husband and my son on movie projects. I also intend on getting back to re-editing my books and then doing something with them!!! If you need to contact me, please don't hesitate! You can email me at carmen@brokenheartedhollywood.com. I look forward to hearing from you. Until then, please don't stop pursuing your dreams! The world needs you.
Love Carmen 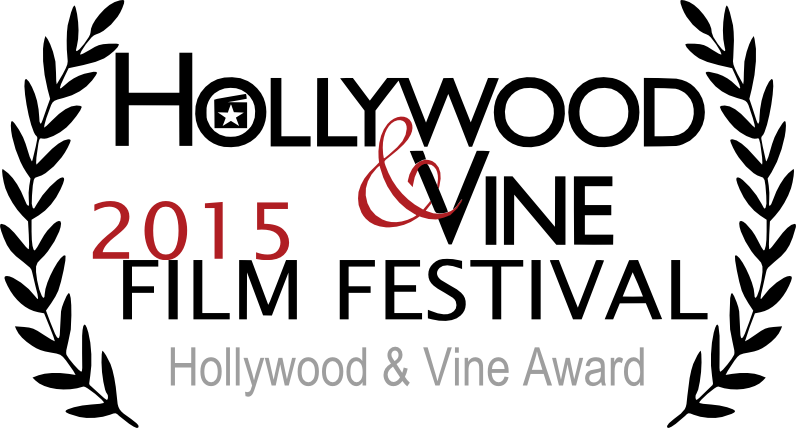